welcome to our world 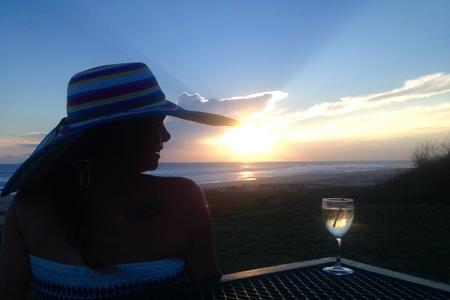 Second Chance Surfboards pieces begin as old, mostly discarded, and often damaged surfboards.  From there he reveals the energy encapsulated within by peeling back portions of their fiberglass casing and then carving select motifs.

He uses his surfboards, surfing, and the ocean’s waves themselves as metaphors throughout his pieces to express the metaphysical balance of energy, positive and negative.  The transformative process of his creations speaks to valuing both the past and the imperfections that Father Time wrought.  “It’s about being nonjudgmental and seeing the positive and the good that lies within,” he says; “It’s about valuing the past, finding balance, and making our dreams bigger than your fears.”

All of these dynamics are clearly apparent in Russell’s Second Chance Surfboards pieces.  They echo the Hawaiian “mana” (spirit), pay homage to the experiences from a life lived fully, and harness both of these in the journey of discovery towards a future self.

Russell Rebmann was born and raised in Southern California. Born with dyslexia, school was never easy and brought with it many challenges and social distress. Although Russell did not do well academically, he learned how to survive and thrive in the arts and in the water. In high school, he joined swimming and diving team. Russell’s passion for art and diving flourished and he made his way to the University of Southern California.  There he studied Fine/Studio Art and competed as a springboard and platform diver during the Los Angeles Olympic games. While in college, Russell joined the Army ROTC and worked in Hollywood building movie sets.

After graduating from USC his Army career take took the forefront. By the end of his career, Russell had served over 30 years and traveled extensively. Now retired, Russell lives on Oahu with his wife, and he has returned to his artistic roots to tell his stories and share his vision.